A Legacy of Excellence

We provide mentorship and resources to aspiring, future aviation professionals.

From the history of the renowned Tuskegee Airman, the state of Alabama has a distinct past in the story of aviation. Before 1940, African Americans were barred from flying for the U.S. military. It was not until the establishment of a program to train African Americans to fly and maintain combat aircraft that minority pilots took flight. This select group of Tuskegee Airman became known as the “Red Tails,” and were the first African Americans trained by the military to engage in combat operations.

These brave pilots possessed unwavering courage, professionalism, and patriotism which has defined much of our aviation history. Our goal is to find qualified, motivated students who demonstrate all of the values that the original Tuskegee Airman embodied and give them the tools necessary to succeed in this competitive career field.

To find qualified, motivated students who demonstrate all of the values that the original Tuskegee Airman embodied and give them the tools necessary to succeed in the field.

Our Board and Advisory Council

Our board is comprised of experts with decades of experience as both military and civilian pilots, maintenance, and avionics technicians. We are highly qualified to provide guidance and mentorship to aspiring pilots and other positions in the aviation industry. We also have close ties to the local flying communities throughout the southeast. Other members of RTSF Board are experts in fundraising, grant writing, and possess years of experience working for and with local and federal government agencies.

Lieutenant Colonel Rich Peace is an F-16C+ Instructor Pilot currently based in Montgomery, AL, as a member of the Alabama Air National Guard. In addition to his military service, Lt. Col. Peace is a 757/767 Pilot and Instructor for Delta Air Lines (Atlanta, GA) and owner of Peace Development groups, LLC.

Lt. Col. Peace first joined the Air Force as a response to the unprecedented attack on our nation on September 11, 2001. During his 17+ years in the Air Force, he has 5 combat deployments totaling in 700 combat hours flown during 180 areal missions. Following a seven-month tour in Afghanistan, Lt. Col. Peace was hired to be a First Officer for Delta Air Lines in December 2014, while he also transitioned to become a traditional member of the Air National Guard. It was this transition that afforded him the opportunity to create his company and start a nationwide program to encourage aviation careers in predominantly minority and disadvantaged communities.

In 2015, Rich Peace started his own company, Peace Development Group, LLC (PDG), with the goal of improving his neighborhood and other communities throughout the southeast. One of the first projects of the new company was to develop the Red Tail Scholarship Foundation (RTSF). As a founding board member of RTSF, Mr. Peace has been working tirelessly to develop a scholarship and mentoring program to encourage minorities to pursue careers in aviation. RTSF awarded its first full aviation scholarship January 2017. Not stopping there, PDG partnered with Atlanta Sports Connection, Inc (ASC), to start building industry in the newly developed city of Stonecrest, GA. As a member of the Board of Directors of ASC, Mr. Peace has been instrumental in developing what is now the single biggest employer in the city of Stonecrest.

Brigadier General William Sparrow is the Assistant Adjutant General-Air and Air Component Commander, Joint Force Headquarters, Montgomery, Alabama. In this position, he commands all units of the Alabama Air National Guard and serves as the key advisor to the Adjutant General of Alabama on all matters relating to the air mission.

Brig. Gen. Sparrow is a Princeton, New Jersey native and earned his Bachelor of Science in Finance from the College of New Jersey. In 1985, he earned his commission through Officer Training School, where he was a distinguished graduate. He attended undergraduate pilot training at Columbus Air Force Base in Mississippi and went on to fly the F-16 at Luke AFB, Arizona. Since joining the Alabama Air National Guard’s 187th FW in 2001, the General has supported over 100 combat missions and flown over more than 450 combat hours in support of Operations Noble Eagle and Iraqi Freedom. Brig Gen Sparrow has also deployed in support of Operations Provide Comfort and Northern Watch and flown in operations over Bosnia. Brig Gen Sparrow has over 4500 hours in the F-16 Fighting Falcon. Prior to his current assignment, the General served as the Commander of the 187th Fighter Wing, Dannelly Field, Alabama.

Kimberly has over 17 years of experience with the non-profit community in leadership, marketing, and public relations. The majority of her career was in the healthcare industry as a Director of Brand Management. She has served and volunteered with numerous non-profits in Montgomery and the River Region and was recently the President of The Junior League of Montgomery.

Hammond Cobb is a businessman and CPA in Montgomery, AL that also serves as the President of the Henry Hammond Cobb Jr Foundation that is dedicated to investing in future leaders through providing grants to organizations and building software tools for non-profits and communities to utilize in building social infrastructure.  He serves on several non-profit boards in Montgomery, Al and is also involved in helping businesses make strategic philanthropic investments in the community in partnership with various media outlets.

Hammond Cobb’s grandfather Major General Henry Cobb Jr. started the 20th Special Forces Group, based in Birmingham, AL and served as Adjutant General of the State of Alabama under Governor Fob James from 1979 to 1983.

Experience and expertise in air combat, mobility, logistics, intelligence, cyber, strategic airpower, and most importantly, developing Airmen. I am very familiar with homeland operations including air defense and natural disaster response. I have served overseas in a variety of capacities including time as a combat wing commander and Senior Defense Official/Defense Attaché. After serving in uniform I served as a senior mentor to a middle-east client and as Chairman of the Board for Armed Forces Insurance. I am also a defense industry consultant and a USAF Adjunct Contract Professor.

Accomplishments Defense Wide spectrum of knowledge from the tactical to the strategic level. Aerospace Former Instructor at the USAF’s premiere school for combat operations. Expert CFACC for air defense over the nation’s homeland successfully accomplishing over 200 air intercepts in one 12 month period. Wide spectrum of aerospace defense knowledge with command experience at every level. Despite fiscally constrained budgets, a proven record of putting resources to requirements for mission success. Adept leadership culminating in assignment as the Director of the Air National Guard. Combat Operations 410 Air Expeditionary Wing Commander – planned, organized, and led over 3,000 airmen during Operation Iraqi Freedom. Built two airbases and commanded operations for two months with exceptional results. Hailed as the “best fighter wing commander in theatre” by the CENTAF Command Planning and Programming Developed three Fiscal Year Defense Plans for the Air National Guard that programmed over eight billion dollars a year for the sustainment and modernization of 89 wings in all 50 states. As the Deputy A8 on the Air Staff, developed the Total Force Integration plan used by Air Force Senior Leadership for engagements with the National Guard and Congress. International Sales Ensured the successful sale of six Chinook Helicopters and numerous maritime programs to the Turkish military. Held numerous meetings and hosted engagements by all parties including the US Ambassador and the Turkish General Staff in order to facilitate transactions. Strategic Planning Created a strategic plan for 1st Air Force providing guidance for continuous improvement. Key participant in Air Force corporate structure deliberations providing Total Force insights to senior leaders. Trusted advisor and briefer for over 12 executive level Air Force Corona sessions and over 15 Adjutants General senior leader conferences. Capitol Hill Liaison During a period of drastic budget reductions adversely affecting multiple entities, created a comprehensive engagement plan ensuring buy-in and trust of congressional committee members and key staffers.

Jewell Cobb Pitts is a native of Montgomery, Alabama and graduated from Xavier University of Louisiana. She has been employed with the Alabama Department of Mental Health for 38 years and currently serves as the Coordinator of Children & Adolescent ID/DD Services. In this position she serves as the liaison between the five Regional DMH/ID offices and other state agencies / organizations providing children’s services (ALSDE, DHR, ADRS, etc.).

Judge Love attended Boston College Law School and graduated from there in 2004. After law school, he moved to Atlanta, Georgia where he began his legal career. In 2005, Judge Love was appointed by Atlanta Mayor Shirley Franklin to serve as a Hearing Officer for the Taxicabs and Vehicles for Hire Board, which heard violations brought against vehicles for hire in the City of Atlanta. A year later, in 2006, Mayor Franklin appointed him as a Procurement Appeals Hearing Officer, where he was responsible for hearing and adjudicating the appeals of insidiously and business that had been denied a right to do business with the City of Atlanta. In 2007, Mayor Franklin appointed Judge Love as the Attorney Member of the License Review Board, which governs the approval of liquor licenses, and permits, other than work permits, issued under the city’s police power. He was reappointed to the Board by Atlanta Mayor Kasim Reed in 2011. For each of these appointments, Judge Love was either the youngest appointee or member of the board.

In 2010, the Atlanta City Council appointed Judge Love to serve as its representative on the board of Invest Atlanta, which is the City of Atlanta’s economic development authority. During his tenure on Invest Atlanta, he participated in programs that facilitated the creation of more than 23,000 jobs and nearly $2 billion in direct investment for the City of Atlanta. Some of the key products in which Judge Love participated was the recruiting of Porsche North America’s headquarters to relocate to Atlanta, Georgia at the site of the old Ford automobile plan, Carter’s, a major American designer and marketer of children’s apparel, to relocate to Atlanta, Georgia, and the new Mercedes Benz Stadium. He held all of these appointments until he relocated back to Montgomery. 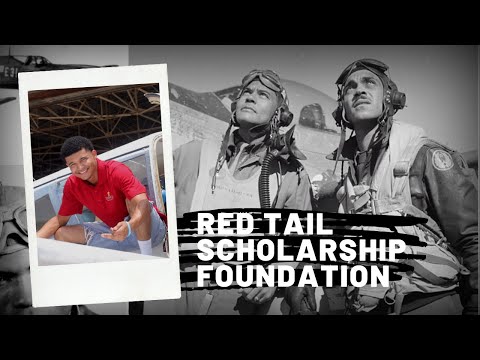 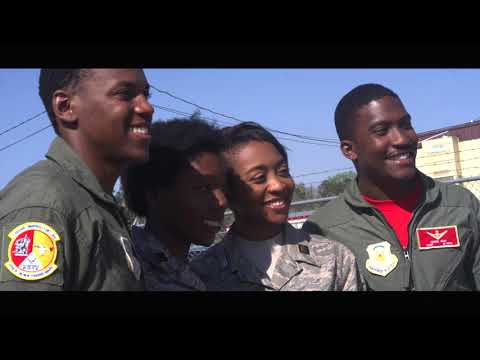 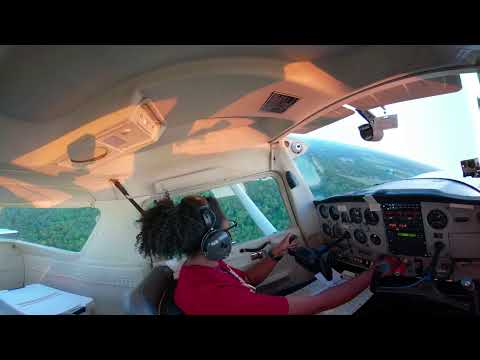